Marked for Murder is the sixth episode of season two of Miss Fisher Murder Mysteries is. It is based on the short story The Vanishing of Jock McHale's Hat from the book A Question of Death but as the storyline is markedly different from the short story and set amidst the passion and fanaticism of 1929 Australian Rules Football.

Harry Harper is one of the most promising football players in the area until he is found dead hanged in the locker room after the team workouts. Phryne is at the recreation center to investigate the disappearance of coach's lucky cap when they discover that the cap with which the boy was hanged is a hoax to cover up the real crime ...

Phryne's investigation is complicated by the return of Jack's ex - wife, her dashing fiancé - and the Deputy Police Commissioner's fanatical support for the opposition team. As she uncovers a past crime, Phryne reveals the lengths some men will go to for the sake of the game.

Jack: A football ground, Miss Fisher? The last place I'd expect to find you.
Phryne: I watched my first match from my father's shoulders, Jack.
Jack: Collingwood supporter?
Phryne: Lapsed.

The actual case Phryne accepted was to recover a stolen hat, but the recovery of the hat was never shown. She interviewed the thief who gave enough information that Phryne was able to deduce who currently possessed the stolen property, then the recovery itself was never shown. Phryne simply returned the hat to its owner. 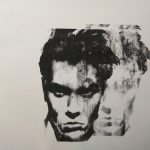